What is the Average Software Developer Salary Around The World In 2021?

For the last decade, the international job market has been largely dominated by tech specialties. Software developers and architects, for one, led Indeed’s list of top jobs in 2020. On average, a skilled programmer makes over $119,000 per year.

While a surge of job postings and dramatic increase in salaries is great news for aspiring programmers, businesses are struggling to win the talent war battle, while startups rarely have the funding to support a team of skilled US-based professionals.

To keep creating great products, business owners have found a new trump card — by hiring talent abroad. The salary gap between the world’s most expensive tech destinations like the USA and Western Europe versus more affordable regions like Eastern Europe and Latin America is, indeed, drastic.

In this post, we will compare software developer salaries around the world to give business owners a clear understanding of how to reach affordable and skilled programming talent.

Let’s make this clear: there is no set-in-stone answer to the question “how much does a software developer make?”. In top tech hubs, average salaries are blown way out of proportion and can reach up to $120,000 annually — for example, in Silicon Valley.

In other regions, a business owner might not even have a hard time hiring a skilled programmer at $30,000 per year. Let’s take a look at the breakdown of programmer yearly salaries by the most popular regions for sourcing tech talent.

American and Canadian software programmers are fairly expensive to hire — the average paycheck in North America sits somewhere around $76,500 per year.

When hiring developers in America, business owners need to bear in mind that the cost of onboarding a local programmer can vary drastically by state — as one can see in the table below.

There are three main tech hubs in Western Europe — London, Paris, and Berlin. Although the rates of the developers in these areas are lower than those of American programmers, it’s still not easy to find affordable talent in this region.

Here is the breakdown of software developer annual rates for the most technologically advanced Western European countries.

If a business owner widens their reach to search for talent to the East of the continent, they will be in for some good news — Eastern European developers are considerably affordable compared to their Western peers. Developers from Ukraine, Poland, Russia and Moldova have the most balanced quality-price ratio compared to programmers from other regions worldwide.

As for developer salaries, these are the average annual earnings for Eastern European programmers.

Thanks to its rapid technological advancements and booming population, Asia has become one of the most popular outsourcing destinations for software development services. The business environment of Southeast Asian destinations is drastically improving. In 2017, the Philippines, Vietnam, and Indonesia made it on the list of the 10 most favorable regions for running a business.

Latin America is a powerful presence in the outsourcing field. Some of the world’s biggest corporations outsource their operations to local talent in this region.

The difference between average salaries in the USA or Western Europe and Latin America are huge. The table below features the average annual paycheck for software developers in the region.

While software engineer paychecks vary based on the specialist’s location, they also depend on the skillset that the programmer has to offer. Some programming languages are more complex than others, resulting in a higher entry barrier and increasing demand for professionals.

Building a software development team is a strategic decision. Choosing a location for sourcing talent carefully is a powerful way for business owners to cut operating costs.

A lot of factors define the location’s attractiveness for talent sourcing: time zone, level of local developer skills, as well as their English proficiency. To that end, finding software developers in Eastern Europe is a wise decision for business owners. Here are the benefits of hiring your local workforce in Ukraine:

Software development is the skill of the future. The expertise of a skilled programmer is essential for bringing new products to the market — this is why the number of business owners hiring coding talent grows exponentially each year.

While the talent war is raging on, business owners need to be strategic and look for smart ways to expand tech teams. Hiring developers abroad is a tried-and-true way to cut salary costs.

Ukraine, for one, is one of the most convenient destinations for outsourcing. If you want to hire skilled local developers, reach out to Honeycomb Software. Our team supports companies of all scales with software development, testing, design, and product support.
To start a project with Honeycomb programmers, call our team or leave us a message!

Can a company cut back on testing?

What is the best way to assure software quality, and can a company cut back on QA? 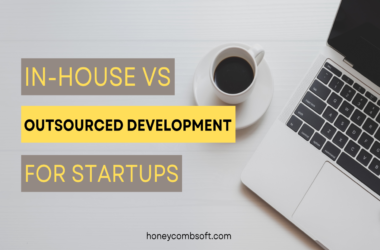 In-House vs Outsourced Development for Startups

Outsourcing for startups: How to outsource successfully. 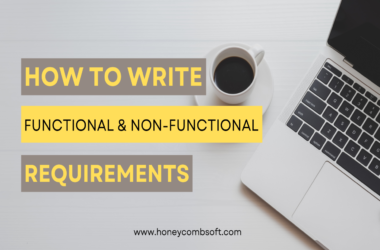 Functional vs Non-Functional Requirements – What is the difference?

How to write functional and non-functional requirements. A short guide for startup founders from Business Analyst. 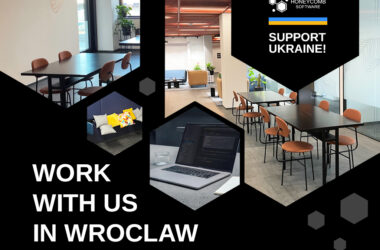 Work with us in Wroclaw to support Ukraine!

We're excited to announce that we're expanding and introducing a new office in Wroclaw. We believe that it is a good opportunity to work: a warm and welcoming office, awesome coworkers, and exciting new projects - an ideal combination for starting your career.